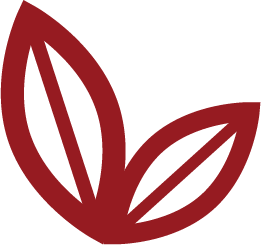 NICE TO MEET YOU

Diverse backgrounds and a wealth of experience in social and university hospitality markets set us apart to bring the best to Harvard. Our dedicated and creative professional staff are committed to doing whatever it takes to provide an unforgettable event.

Our classically French trained culinary team is creative, talented, and innovative, dishing up an epicurean experience with top notch presentations and robust flavors. They regularly are refreshing the seasonal selections highlighting the freshest, local, and sustainable tastes from the region. 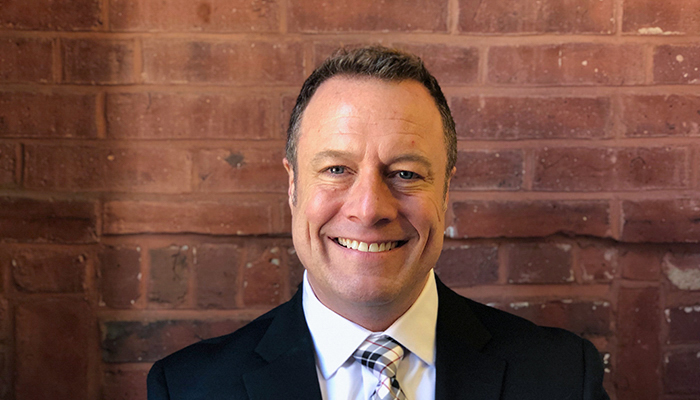 David brings more than 20 years of event management to his role coordinating catering for Harvard University. In addition to his prior experience as Executive Director for Catering and Special Events for Chartwells at Northeastern University, David also owns his own private floral and special event design business, whose exclusive clients include the Academy of Motion Pictures Arts and Sciences and Catherine Zeta Jones and Michael Douglas. David’s expertise lies in refreshing and elevating menus and presentation, and training teams in event design and trends. He joined Crimson Catering in 2012.

Starting his culinary career at 16 years old, Ludger worked his way up through top fine-dining restaurants and hotels in Germany and Switzerland, including a Michelin Star-rated restaurant. After 8 years of culinary experience, Ludger achieved his Master Chef from the elite Fritz Gabler School at the Hotel School of Heidelberg. Ludger brings 37 years of culinary experience in both European and American fine dining to Crimson Catering. In the US, Ludger has worked at the Ritz Carlton, Harvard Club and a Relais Chateaux Hotel in the Berkshires. His specialties include regional German and French cuisine. Chef Wessels is a 6-time American Culinary Federation (ACF) competition medal winner; including three gold, a Silver and two Bronze medals. Chef Wessels brought his talents to the catering team in the fall of 1999 and has been instrumental in elevating the operation’s flair for savory seasonal selections and the fine dining experience of our clientele.

A key member of Crimson Catering since May 2007, Chef Antonio was born in Angola, Africa. In his later years he relocated to Lisbon, Portugal where he took a position with Norwegian Cruise Lines as one of their premier and highly valued culinarians. After eight years of traveling and seeing the world. Antonio moved to Boston. Upon his arrival, he was awarded the title of chef at Rita’s Catering in Boston oversaw the Culinary Operation of Net Jets where he was an integral part of their mile-high gourmet catering division. Antonio enjoys cooking many different cuisines for the guests of the greater Harvard Community. Antonio brought his famous creation “Antonio’s Famous Mediterranean Salad” (a recipe developed by his mother Manuela many years ago) to the Crimson menu. In his free time Antonio enjoys fishing, soccer and spending time with his wife Lucinda, son Kevin, and daughter Nuria. 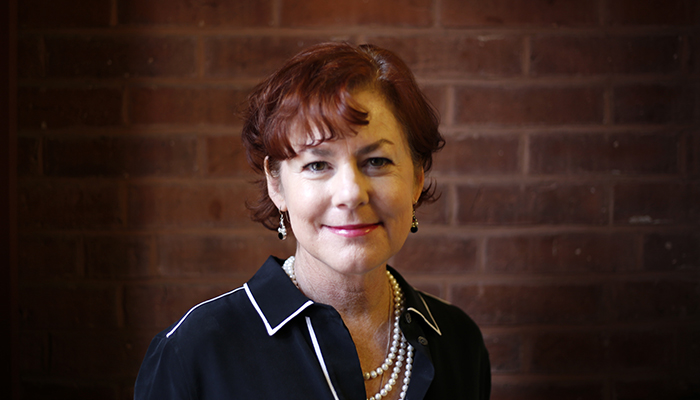 Tamara is a highly accomplished event management professional. She began her career holding management positions at some of San Diego's finest hotels. Some of these positions included Director of Catering and Conference Services at the 5-star Relais and Chateaux property, Rancho Valencia and Special Event Director at Rancho Santa Fe Golf Club. After moving to Boston, she worked as an event producer for the Catered Affair at Harvard Art Museums. Currently, she is responsible for the direction of the Crimson Catering sales team. She has a proven record of success in coordinating and planning complex events. Her passion is to collaboratively work with clients to produce creative events through careful listening, planning, directing and flawless attention to detail. 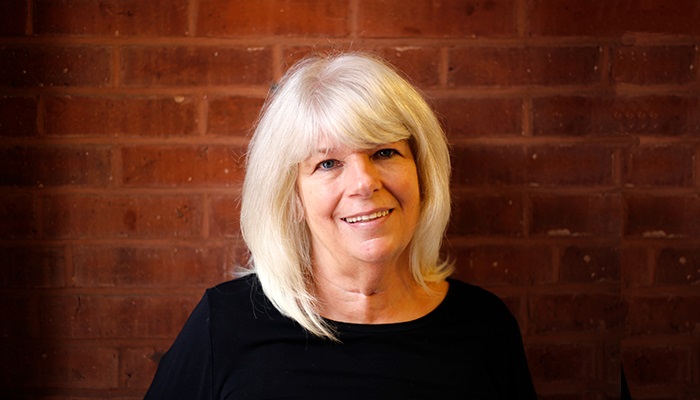 Joan came to Harvard University Dining Services in 2011 after more than 15 years in retail bakery management. Joan was a Pantry Steward at Leverett House for more than 4 years before joining Crimson Catering as an Events Manager in 2015. She enjoys meeting and planning events with clients, making them feel comfortably able to enjoy their events without worry. Joan is a lifelong resident of Cambridge, with two daughters and one amazing granddaughter. She enjoys watching cooking competitions, such as Food Network’s Chopped. In her off time, she enjoys caring for her menagerie of rescue animals, studying Reiki, and cruising to sunny warm locales, including a recent trip to Cuba.

Originally from Northern California, Lauren started her career in event management when she moved to Washington DC in 2013. She was an event manager at the Washington Hilton where she worked on events such as the National Prayer Breakfast, First Lady’s Luncheon, and the White House Correspondents’ Dinner as well as large non-profit and corporate conferences. Prior to Crimson Catering, Lauren worked for a non-profit in Boston and focused on managing fundraising events. She brings more than five years of event management experience to the team with experience in sales, menu planning, event design, and on-site execution. With a high attention to detail Lauren is passionate about creating memorable event experiences for both the client and guest. 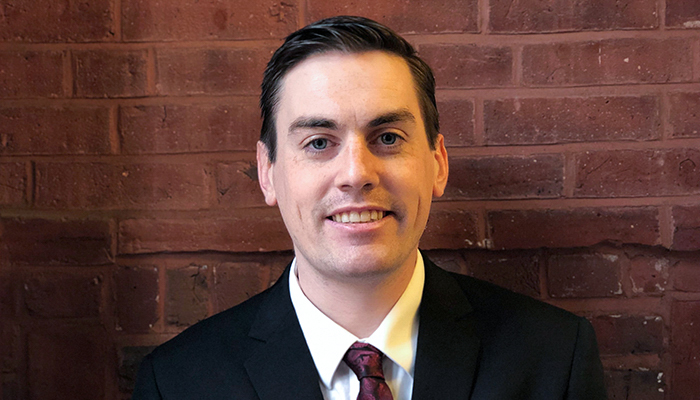 Jesse began his culinary career as a prep cook at a small restaurant when he was a teenager. Jesse continued to work in restaurants and catering operations, beginning his professional career as a catering supervisor at Wheaton College. Eventually he became a restaurant manager with the Brookhaven at Lexington retirement community. At Brookhaven, Jesse provided a new perspective for catering, creating their first standardized menu and operating procedures. Jesse joined Crimson Catering in 2018 as the floating catering event manager. In this role Jesse has relied on and enhanced his versatility and adaptability to ensure successful execution of events. 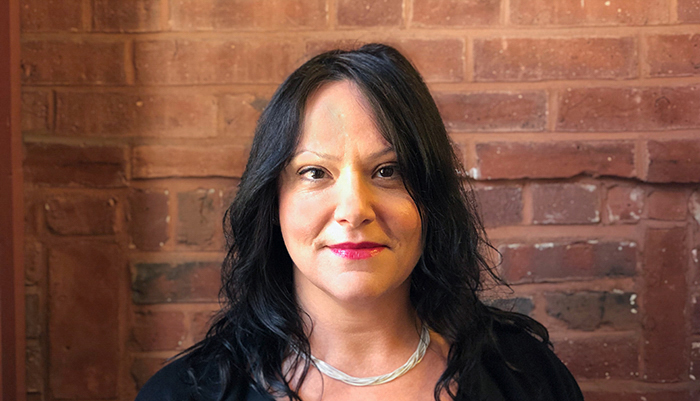 Tricia came to Crimson Catering with experience from various departments within Harvard as well as hospital administration. She has been responsible for various administrative functions including database management, quality control, technical assistance, and development. Tricia has participated in the development and implementation of new and creative pathways to various change which have allowed for greater efficiency within the overall workplace and day to day operations. She is enthusiastic, reliable, and a team player. 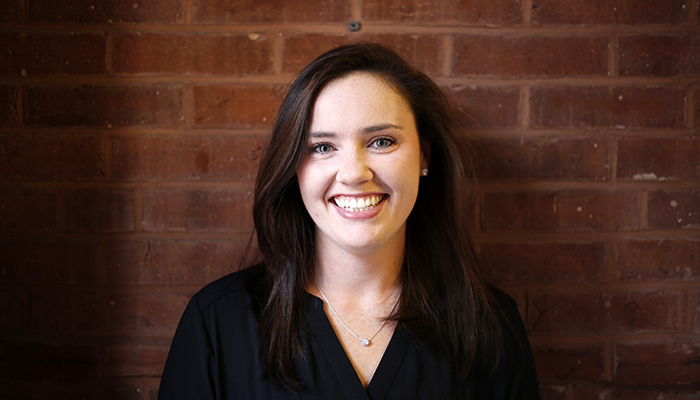 Jessica is no stranger to the catering world. Having spent a combined nine years as a pastry chef, office and events manager, she joined Crimson Catering as the Operations Manager December of 2017. In September of 2019, she was promoted into the sales office as one of Crimson’s Sales Associates. Jessica enjoys working closely with clients to bring their custom menus to life. During her free time, she loves to travel, spend time with family, and eat! 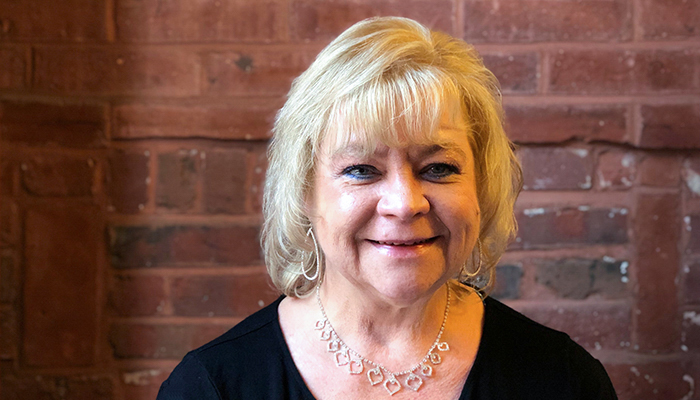 Paula joined Harvard University Dining Services in 1999 as an assistant cook with the Culinary Support Group. Shortly after, she took a position as an assistant cook in Crimson Catering. In 2006, she left her apron in the kitchen and moved to the Crimson Catering sales office where she remains as a Sales Associate. Paula enjoys helping her clients create fun and memorable events through expert menu planning and high-quality customer service!